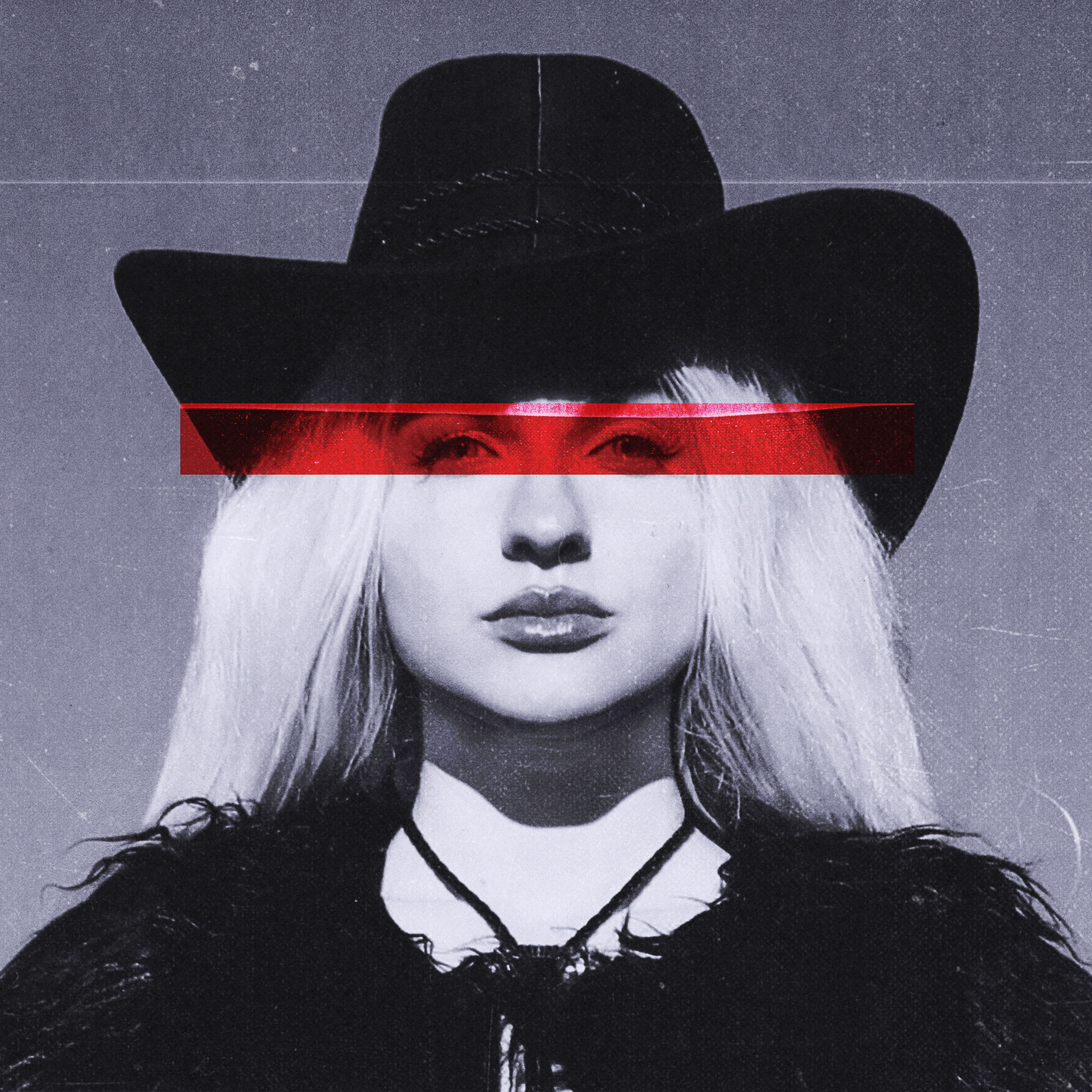 Speaking on the track DEVORA comments: "This song is a front row seat to watching me lose my mind. I snapped after going through some messed up situations and as always, I let my frustrations and anger take shape in song form. This song is my visceral reaction to some crazy shit that went down and writing it was as cathartic as it was liberating. There’s something so beautiful and poignant about not mincing words and just outright saying “I am enraged. I want to put you in a body bag. That is all”. Sometimes there’s really no other words or poetry to describe what you’re feeling and this was one of those instances. This song evokes an ironclad shade of fearlessness that can’t be fucked with. Its raw, its real, It’s untouchable."

DEVORA has also shared news of her debut EP, Outlaw, that will see release on June 25th, 2021 via Tiger Tone.

Clocking in at five tracks, Outlaw ushers the listener into DEVORA's surrealist Western world, fusing outlaw country melodies with a dark pop sensibility. "Fist Fight" kicks off with a rousing inflection, a rallying cry to stand up for yourself and not take sh*t from anyone. "Body Bag" swells from a homey twang into a gritty and unapologetic confrontation with one's own rage. "Outlaw" marks the hymn of a desperado, DEVORA's wistful-yet-commanding vocals affirming her own manifesto. "Not Dead Yet" captivates from the start with raucous instrumentation that perfectly supplements DEVORA's energized, declaration of survival. Closer "Elvis" eases the pace into a guitar-strumming, Nashville- attune realm. It's a tender endcap touching on nostalgia and idolization that provides a sweet resolution to the wild and satisfying ride embarked upon throughout the EP.

Raised in the desert of Arizona, DEVORA draws her inspiration from her roots, growing up around desert creatures in a western town, experiencing the sinister lawless side of desert life, and the characters she’s met along the way. In her modern goth-western vignettes she conjures images of ghost towns, dark rodeos, the haunted desert, abandoned motel rooms, skylines on fire, the open road and reckless tales of love and loss in a modern wild west.

A rebel at heart, DEVORA has always taken the road less traveled and her reputation precedes her. Singing and writing since she was a small child, music comes second nature to her, as she was continuously writing short stories and poetry while growing up in a small desert town. Eventually she began to draw on the stories, encounters, strange themes and adventures occurring in her life by turning them into songs.

Coining the genre, “Outlaw pop”, DEVORA weaves visual soundscapes from a moody surrealist wild-West dream world. Tales of eerie backroad encounters, Route 66, neon-laden casinos, Silver City sunsets and midnight bandits are all intricately enmeshed with strong visceral imagery and cinematic scenes straight out of the ‘dark side’ of the American southwest. Owning the road as her home, DEVORA’s fierce femme fatale spirit trailblazers the way for a new frontier in contemporary culture.

DEVORA is not just music, but also an ethos of the Wild West re-imagined in 2021. It’s not her story, but all of our stories, to choose and be immersed in your own adventure; to harness your own inner outlaw. The standout first offering in the Outlaw EP celebrates life in the fast lane while marking the beginnings of a wild expedition ahead and the spiritedness of riding off into a pitch-black sunset.

Tiger Tone Records was welcomed into the [PIAS] family in late 2020 and puts them among the company of revered indie labels such as Transgressive, Heavenly Recordings and Mute. Tony Hoffer is celebrated for an illustrious career spanning decades working with distinguished artists such as M83, Phoenix, Beck, The Kooks, The Snuts (currently celebrating a #1 album in the UK) and many more.

We use cookies to improve our services
Accept pixel cookiesDeclineLearn more