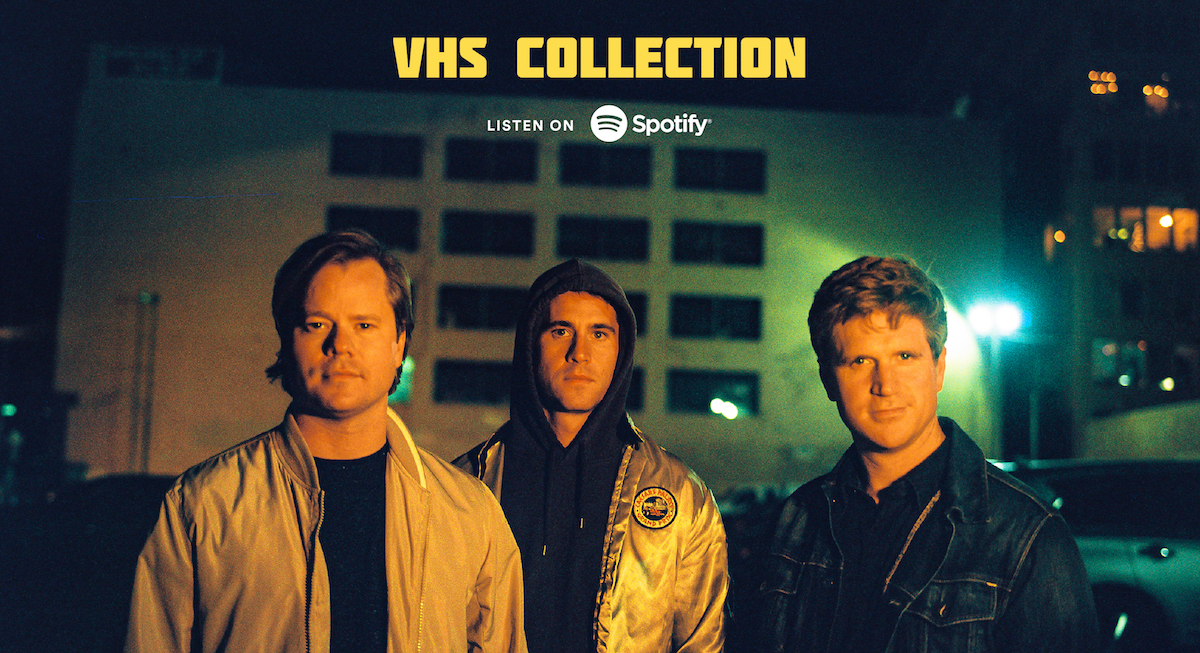 VHS Collection have shared new single "The Dark" via Tiger Tone Records / [PIAS] and its accompanying visualizer. "The Dark" seamlessly fuses analog synths, searing guitar hooks and an anthemic chorus, true to the band's retro-modern aesthetic while also teasing the more serious tone of the band's upcoming album. Watch and listen to the track HERE.

Produced & mixed by our very own Tony Hoffer, 'The Dark’ by is a song about hiding out when the outside world is falling apart.

"We wrote this song on March 13th in Los Angeles as the pandemic was beginning to take its grip on the world. We set out to write a song that felt cinematic and ominous, inspired by the movie Drive and the final scene in Fight Club. While we never meant to write about current events, the lyrics show that we were subconsciously preparing to take shelter and hoping for the best: “We can watch from your bedroom window, We can watch all night, When the dark comes to take control, We can be the light.” - VHS Collection

The production combines electro and rock elements that feel true to the VHS aesthetic. The Dark is the first single off VHS Collection's 2nd LP which will arrive late in 2021.

Check out the visualizer below.

We use cookies to improve our services
Accept pixel cookiesDeclineLearn more